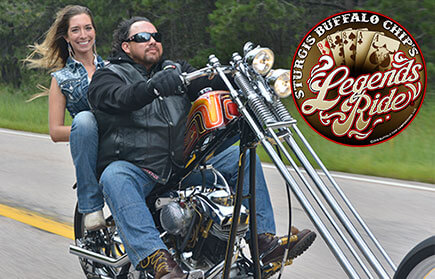 Participate in an exhilarating and unrivaled rally tradition on Monday, Aug. 07, 2023: the 16th annual Legends Ride!

THE KICK OFF, RIDE AND CONCERTS
Walk in the footsteps of Wild West legends down Deadwood’s beautiful cobblestone Main Street as you meet other riders, rub elbows with celebrities and check out all the bikes.
Here, the Legends Ride invites you take part in an unparalleled live custom motorcycle auction right in front of the historic Franklin Hotel.
Following the auction, riders will enjoy a self-guided, scenic ride through the beautiful Black Hills alongside hundreds of fellow Legends Riders.
Riders will reconvene at the Buffalo Chip to attend a special riders-only reception complete with complimentary food, drinks and live entertainment.
Following the reception those with passes into the campground (call them concert tickets, if you like) are entitled to admittance into the Buffalo Chip amphitheater to experience a legendary double headliner performance on the Buffalo Chip main stage that ends with rock superstars.
Click here to PURCHASE YOUR CONCERT TICKET to join the Best Party Anywhere.

Join the Ride that Rocks during the rally by reserving now! Reserve Now   https://www.legendsride.com/ 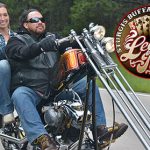 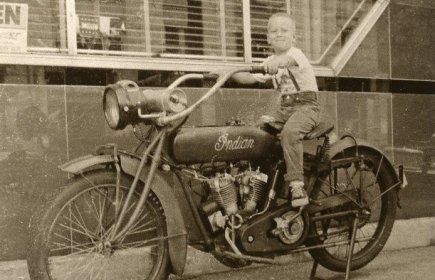 -Each Rider will receive a Meal and a T-shirt or Patch and Pin. 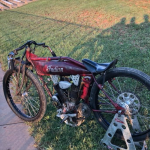 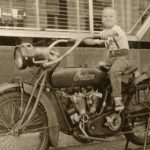 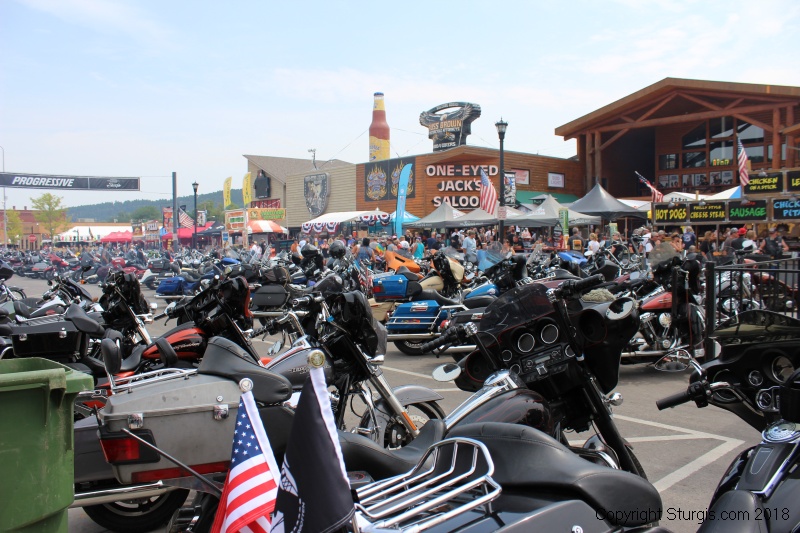 JOIN US SATURDAY AUGUST 7th, 2021 FOR THE 19TH ANNUAL STURGIS MAYOR’S RIDE!!   The City of Sturgis is excited to be hosting the ride during the 81st Annual City of Sturgis Motorcycle Rally! This ride has been a special part of the event, not only for the amazing beauty of the Black Hills but that it brings people together from all over the word….and brings them back year after year! All proceeds from the ride go back to our local emergency services.

Check-in starts at 7:00 am with kickstands up at 9:00 am at the back parking lot of the Community Center located at 1401 Lazelle St. 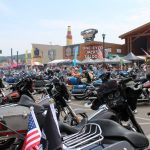 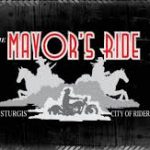 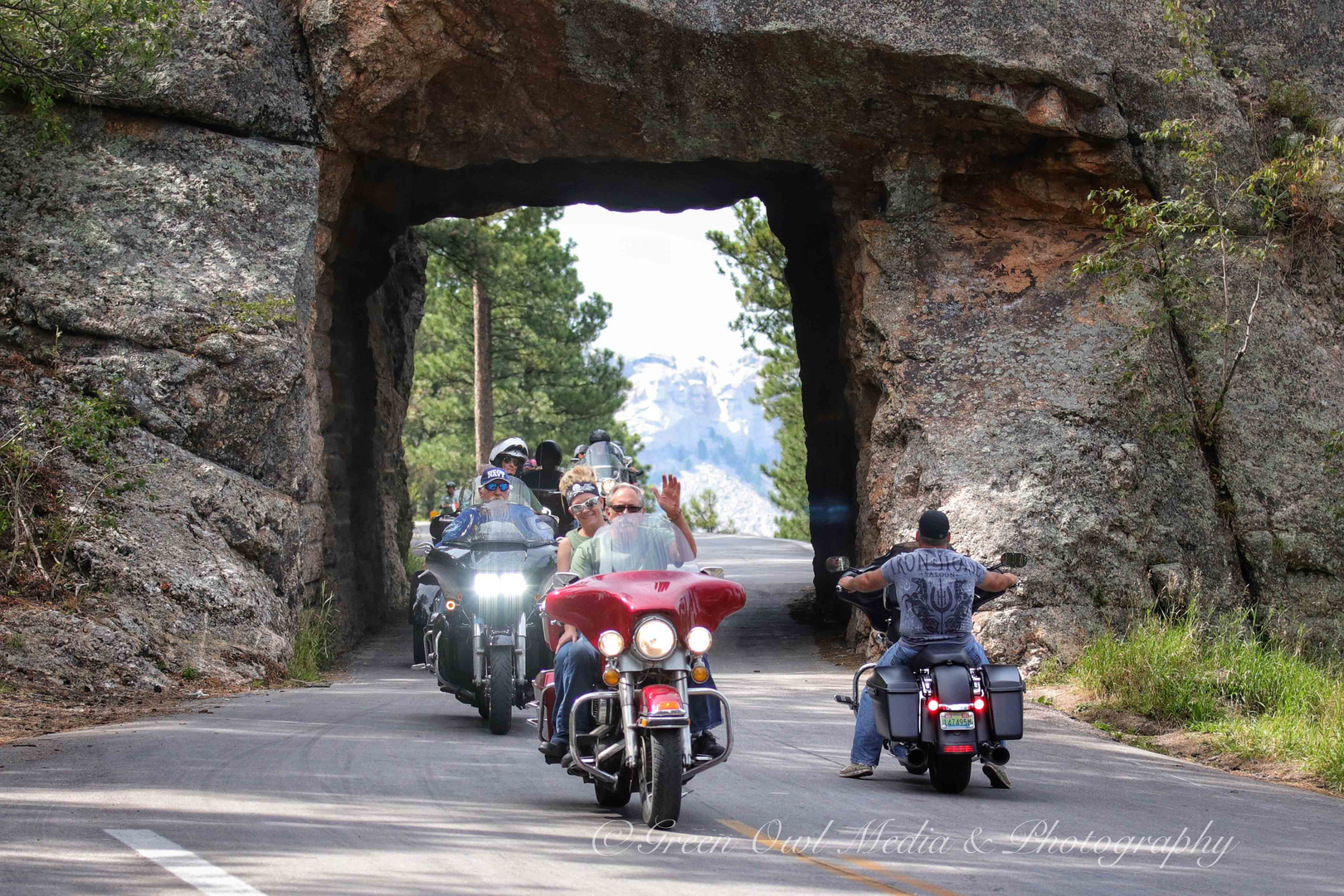 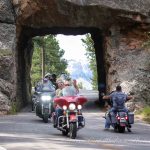 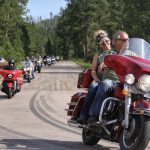 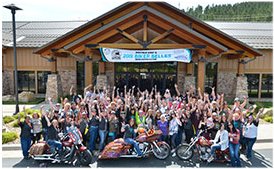 Experience the freedom of the open road next to your heroes, mentors and friends old and new on the Biker Belles Ride Tuesday, Aug. 8!

The “Morning Ride” from Deadwood to the Sturgis Buffalo Chip will be a show of force and solidarity this year!

The Morning Ride™ will depart from the The Lodge at Deadwod in the morning with registration open at 8:00 and the ride departure at 9:00 a.m. The breathtaking journey, will travel through Hwy 385, Nemo Road and Vanocker Canyon before ending at at the Buffalo Chip CrossRoads.

Following the ride you’ll be invited to take part in the festivities taking place including the symposium, luncheon, Women & Wheels™ Bike Show and the Team Diva Comfort Zone

J.C. “Pappy” Hoel hosted a dirt track race called the “Black Hills Classic” which consisted of a single race with nine participants and a small audience. This race set a course in Sturgis history.

Today, the Sturgis Motorcycle Rally has evolved into South Dakota’s largest tourism event and the world’s largest motorcycle rally. Pappy formed the “Jackpine Gypsies” in Sturgis in 1936 and he was inducted into the AMA Hall of Fame in 1998.

Join us to honor Pappy Hoel and the legacy he built during the annual Pappy Hoel Ride on Wednesday morning of the rally. Click here to register!

The Peace*Love*Happiness Charity Motorcycle Ride was conceived in 2002 while two bikers were riding through the Texas Hill Country.

During a pit-stop at Poodies Hill Top, John Paul Dejoria, “Captain of Industry” and “Steward of the Planet”, along with his long time friend and riding buddy, Gary Spellman, decided to take a stand after hearing how horribly an Austin Police Officer was being criticized for risking his life to save another.

That day, the Peace*Love*Happiness was born. They would go on to create an event that helped and supported the families of fallen peace officers and any and all abused and neglected children. Since then, the event has gone on to support not only the 100 Club of Central Texas but global causes as well, such as The Water Keepers Alliance. Unshared success is failure… 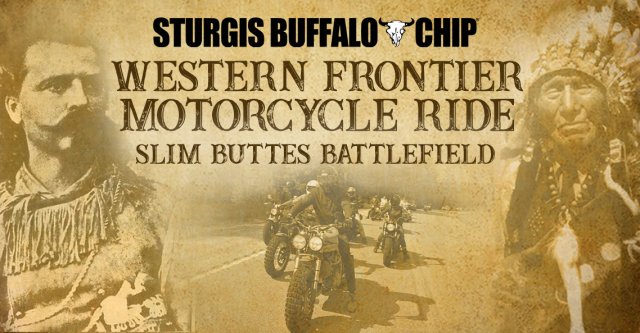 Follow in the footsteps of fierce Native American warriors and the US Cavalry and experience the history and lore of the American West on the Sturgis Buffalo Chip’s Western Frontier Motorcycle Ride!

Ride alongside local historian as they take you and your friends on a ride back in time from the legendary Buffalo Chip Campground to the gravesite of Jonathon “Buffalo Chips” White, the campground’s namesake and protégé of Buffalo Bill Cody.

The ride will offer you the chance to experience history hands-on with activities including antique rifle and pistol shooting experiences, and a four-hour motorcycle expedition to the site of the Great Sioux Nation Battle at Slim Buttes.

The Western Heritage Motorcycle Ride will take place during the Sturgis Motorcycle Rally on Thursday, Aug. 12. 2021.

As you ride through the scenic foothills north of the Black Hills, listen and learn the unique history of the area through your headset as Mitchell shares the fascinating stories of Chief American Horse, Jonathon “Buffalo Chips” White, and the Battle of Slim Buttes. You’ll also learn about the US Cavalry, Cavalry scouts, several other instrumental Sioux Chiefs, Buffalo Bill Cody, Hugh Glass, the history of Pony Express, and much more!

Meet at the Sturgis Rally Info Center at the Buffalo Chip CrossRoads for a short orientation of the day’s activities.

Enjoy a breakfast at the Information Center.

Test out your skills shooting antique rifles like those used by the US Cavalry with an introduction into Cowboy Action Shooting. You’ll use two single-action revolvers, a lever-action rifle and a double barrel shotgun.

Kickstands Up for the First Leg

After 53 miles, you’ll be able to stretch your legs and hear historical remarks during a stop at the Hoover General Store on the Grand River, famous for its connection with Hugh Glass and the movie The Reverent.

At your next stop at a scenic overlook of Slim Buttes, you’ll hear tales of the surrounding Native American encampments and dinosaurs that roamed the area.

A stop at the Reva Store in the historic community of Reva, SD will allow you to fuel up, use the restroom and grab your sack lunch. The community bears the name of Reva Bonniwell, the daughter of the first settler.

Four miles outside Reva, you’ll come upon a small cemetery that serves as the final resting place for Buffalo Chips. He and Chief American Horse, both died in the battle of Slim Buttes. Here, you will enjoy your sack lunch before heading back south to the Spur Creek Soon.

On the way back to the Chip, you’ll stop at the rustic Spur Creek Saloon for refreshments, photo opportunities and more historical narrative. From here you’ll depart back to the Sturgis Buffalo Chip.

There’s no other place in the world that lets you experience this fascinating history, so don’t miss your opportunity during the 2021 Sturgis Motorcycle Rally.

Spaces on each tour are extremely limited. 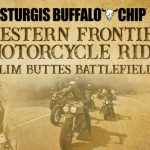 Join us for the 4th Annual Rushmore Veterans Ride! Riders will enjoy scenic views as you ride through the Black Hills, past Mt. Rushmore National Memorial, and back to Rapid City. As part of the Sturgis Motorcycle Rally, this ride is to honor our military veterans and active military personnel. All riders welcome. 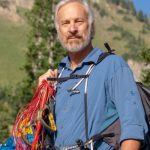 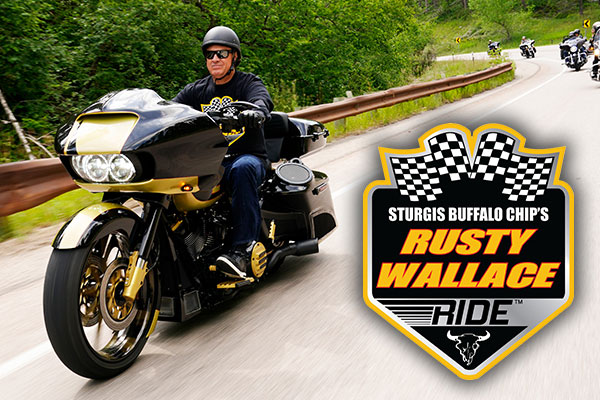 Ride with one of NASCAR’s most famous faces and his celebrity friends while raising funds for charity on Wednesday, Aug. 9, 2023! 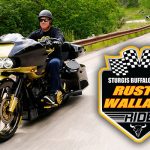 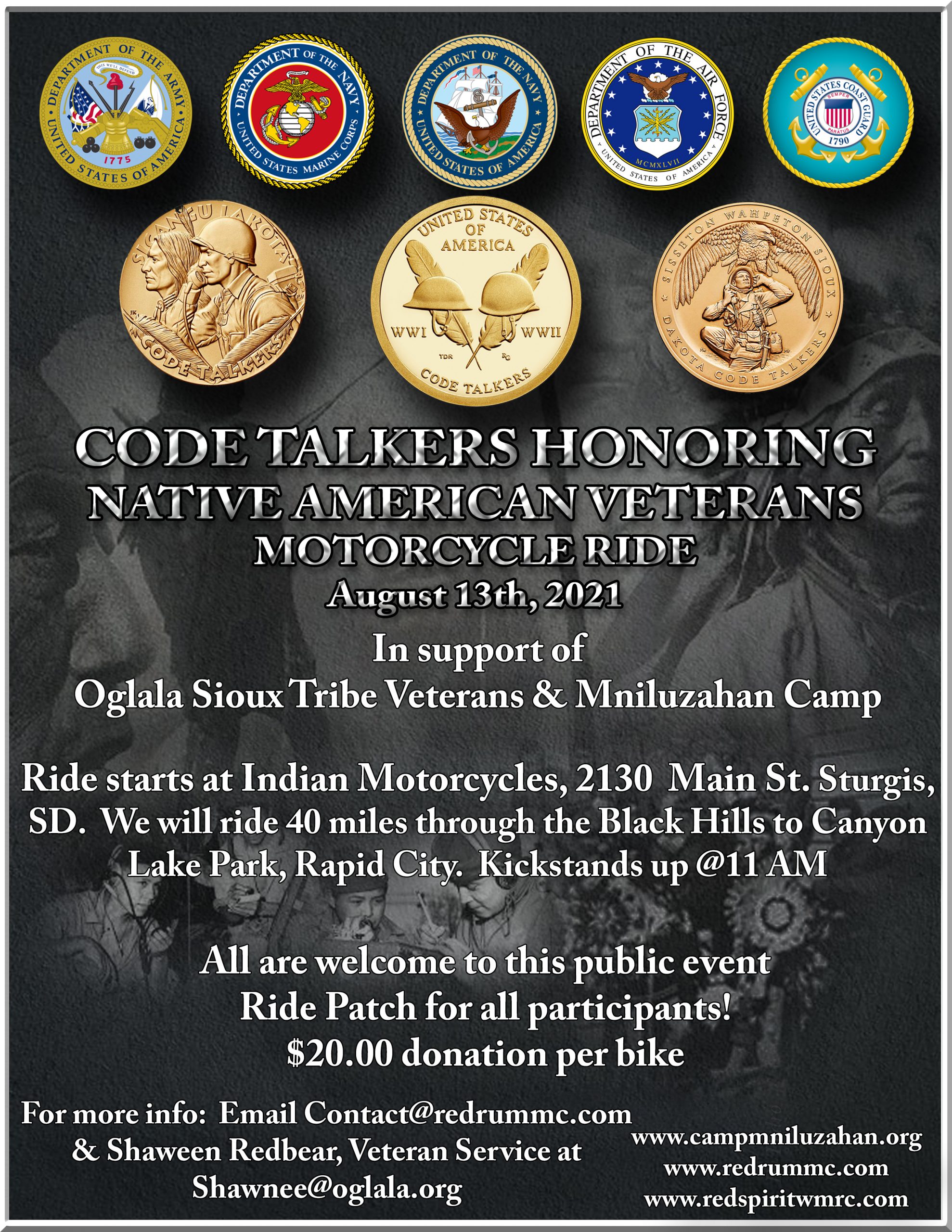 The ride starts at Sturgis Indian Motorcycles, 2130 Main St., Sturgis.
We ride 40 miles through the Black Hills to Canyon Lake Park, Rapid City.
Kickstands up @ 11AM.

All are welcome to this public event
Ride Patch for all participants!

$20 donation per bike.
Get Your Tickets Here 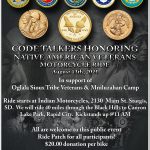 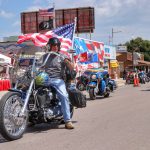 Veterans Charity Ride (VCR) is a non-profit organization that uses Motorcycle Therapy and other life changing, life saving holistic programs that provide uplifting and healing experiences for wounded, severely injured and amputee veterans from all branches of service. ​

We provide our veterans with Indian Motorcycles, custom built Champion Sidecars and Trikes, to ride through the most beautiful scenic backroads of this great country, exploring America, getting our veterans outdoors, back into the environment, and connecting veterans with Mentors and other veterans, groups and supporters. https://www.veteranscharityride.org/ 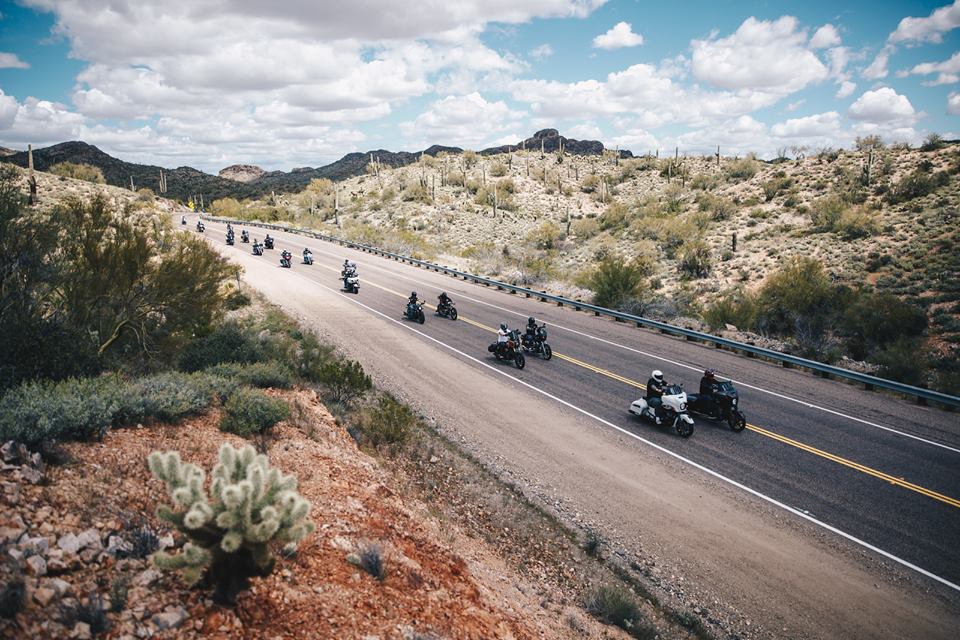 Good Ride is a motorcycle charity ride that focuses on what motorcycles are all about – getting out on the open road with your friends and checking out new destinations – all for good causes.

Good Ride is a 501(c)(3) charity that was started by freestyle motocross rider, turned street bike builder and hooligan racer, Carey Hart that focuses on key charities close to Carey’s heart. The intention of Good Ride is to give back while doing what he loves to do – ride motorcycles!

We are proud to continue our work with Infinite Hero, a military charity that gives back 100%. Proceeds from our Good Ride rallies will go directly to helping veterans in need.

This ride is for ANYONE who loves to ride motorcycles and raise money for a good cause.

This year will see the return of Good Ride in Arizona, Sturgis and Las Vegas.

We look forward to riding with you! 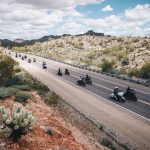 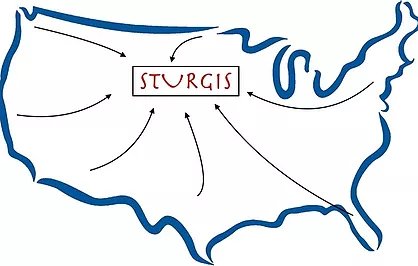 Join us for our annual ride to raise awareness and support for issues that affect Indian Country.

​We will have an escorted ride from Bear Butte to Crazy Horse Monument.

​100% of the registration fees for this event support local Native non-profits in the Black Hills area working to Protect, Defend, and Empower Native Women and Families.

This event will include:
> Opening ceremony
> Raffle   Auction   Lunch

​The first 200 to register will receive some SWAG!

This ride is sanctioned by the AMA

Ceremonies with various tribes will take place en route to Sturgis. Please feel free to join us and/or to ride a portion of the route with us.
07/31 Albuquerque, NM
08/04 Wind River, WY
TBD Billings, MT
TBD Hardin, MT 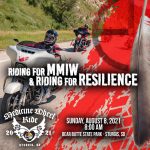 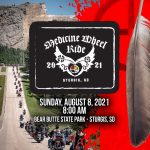 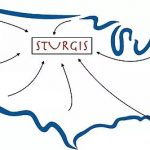