Is the Sturgis Motorcycle Rally Canceled? 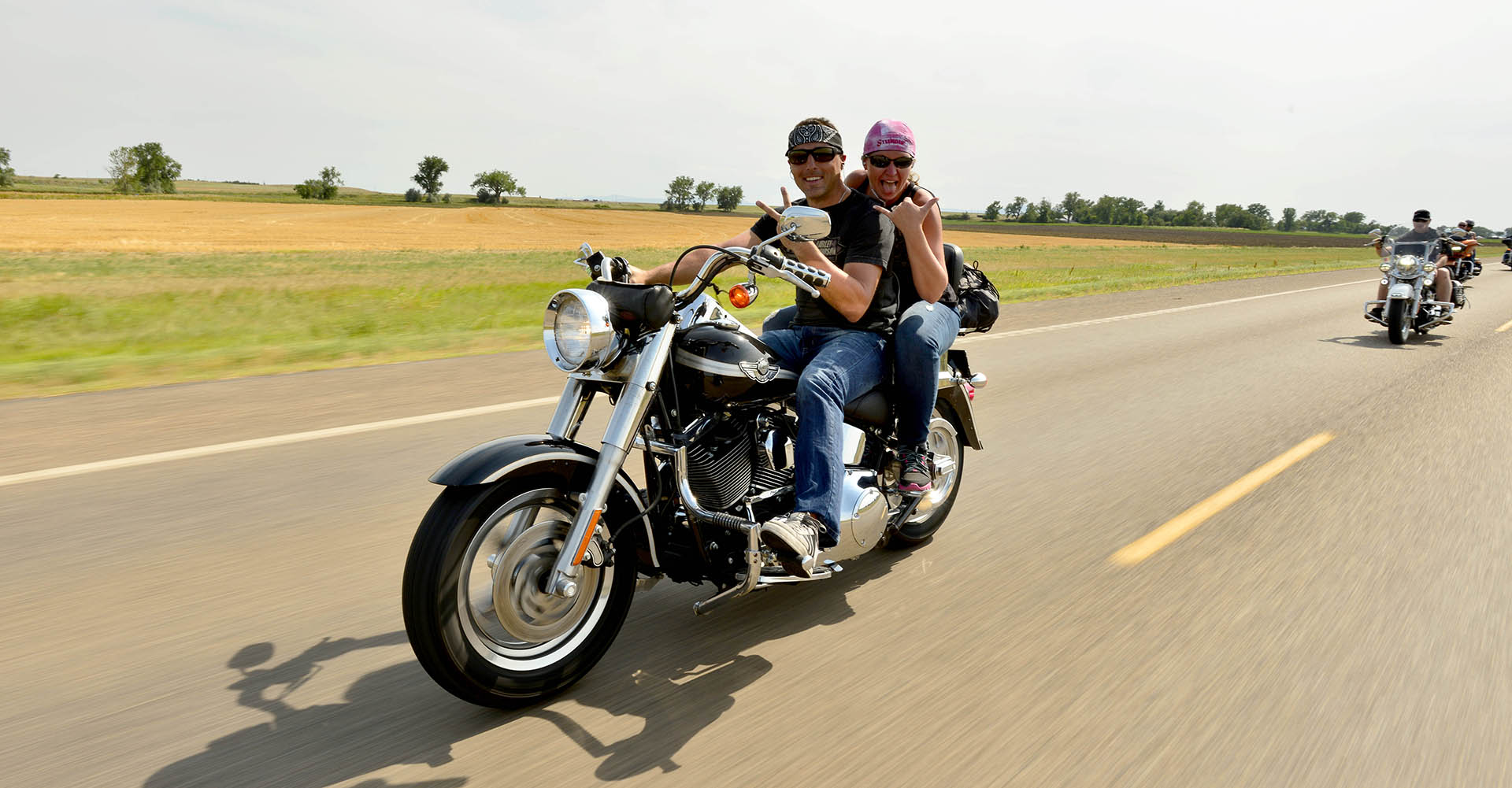 Is Sturgis Canceled? The Sturgis Motorcycle Rally Is Not Canceled!

Over 50 local businesses confirm they will be open and hosting the Sturgis Motorcycle Rally. (listed below)

Over the past few months the question that has been on everyone’s mind is – will the Sturgis Motorcycle Rally be canceled?

“You can’t cancel what you don’t own,” said Randy Peterson, owner of Sturgis.com, the original website dedicated to promoting the Sturgis Motorcycle Rally. “You can choose to participate or choose not to participate, but the Sturgis Rally will still go on regardless of what the City of Sturgis chooses.”

Consensus among area venues, campgrounds and over 50 hospitality businesses is that the Sturgis Motorcycle Rally is happening, and they will be open to host it.

No One Owns the Sturgis Motorcycle Rally

The fact there is no “official” owner of the rally is one that is widely misunderstood. Only recently have regional news and media outlets begun to shed more light on this reality.

In a recent article published by the Black Hills Pioneer, Jesse James Dupree, co-owner of the Full Throttle Saloon and Pappy Hoel Campground, pointed out the federal ruling from the 8th Circuit Court, which addressed the use of Rally trademarks. In that document, the court ruled the City of Sturgis’ involvement and authority over the Rally does not extend past providing municipal services. 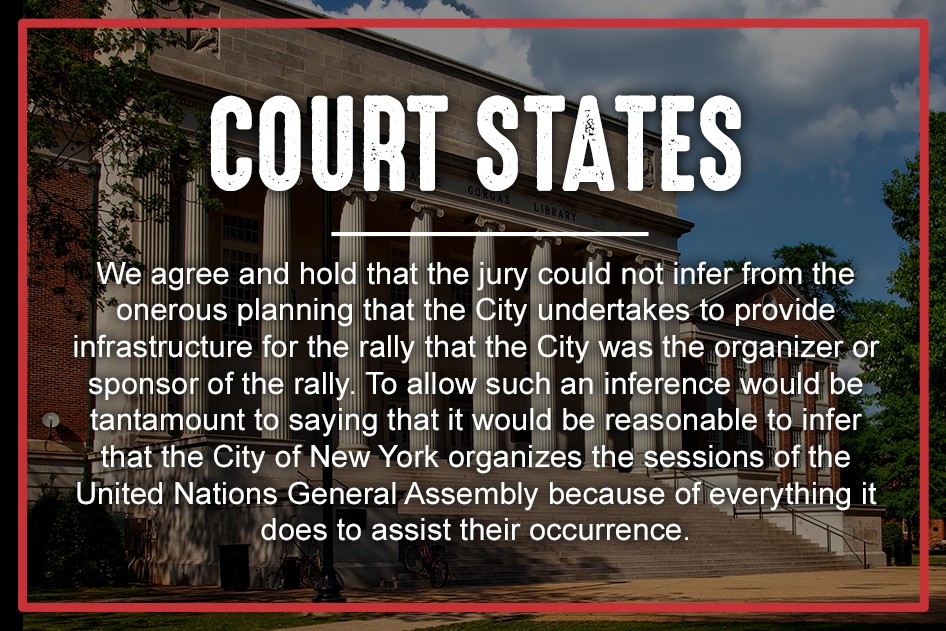 In 2018, The United States Court of Appeals for the Eighth Circuit and the US District Court ruled the rally is not organized by any single entity but is rather a pluralistic endeavor promoted by multiple organizations.

The court stated: “We agree and hold that the jury could not infer from the onerous planning that the City undertakes to provide infrastructure for the rally that the City was the organizer or sponsor of the rally. To allow such an inference would be tantamount to saying that it would be reasonable to infer that the City of New York organizes the sessions of the United Nations General Assembly because of everything it does to assist their occurrence.” 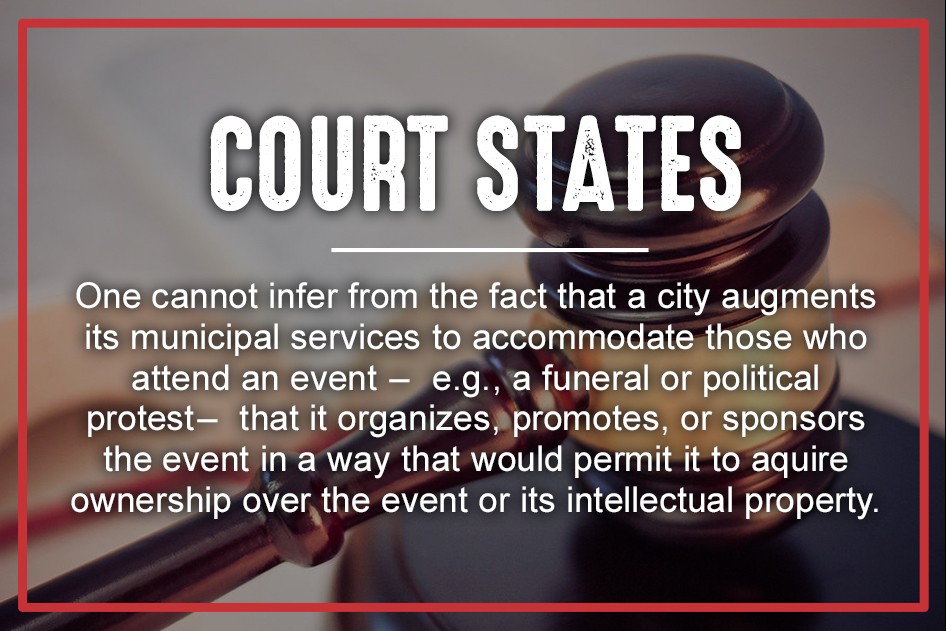 A blog article further explaining the implications of the court ruling and providing .pdf court documents can be found here: sturgis.com/blog/sturgis-rally-trademark-officially-struck-down.

An entity cannot own something just because their officials say they do. This fact is made very clear when the appeals court went on to state, an “…owner cannot establish that its mark is valid simply by getting its officials and agents to say that it is.”

If the City of Sturgis votes to not partake in the 80th Sturgis Motorcycle Rally, it does not mean there will not be a rally. It means the city will not issue vendor permits within city limits, rent out space, make Main Street motorcycles only or provide other municipal services. 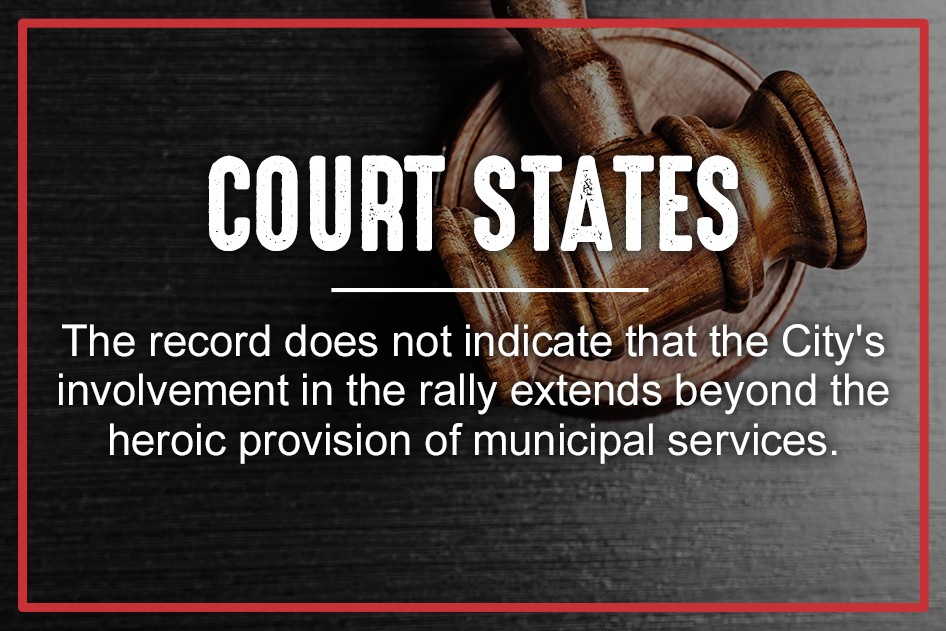 “You can’t cancel what you don’t own”

Because the City of Sturgis does not own the rally and the state has shown no inclination to tell people they cannot come, multiple venues, campgrounds and businesses are moving forward. These Black Hills venues and attractions will continue hosting the Sturgis Motorcycle Rally regardless of whether the City of Sturgis votes to promote the rally within the city limits.

“It’s what Governor Kristi Noem said early on: ‘The government’s role is not to run people’s lives, but to give them information by which they can make informed decisions,’ ” said Sturgis Buffalo Chip CEO and President Rod Woodruff. “Beyond that, it’s a personal responsibility. We have a very conscientious political structure here in South Dakota, and that’s because of the people we have here. They’re respectful of people’s civil rights and their right to freedom. We’re here every year to celebrate that freedom.”

When Governor Noem announced a July 3rd fireworks celebration at Mount Rushmore in the Black Hills, she was quoted as saying, “If you’re sick stay home, If you’re the vulnerable population and you’re worried about the virus, then you should stay home. People will have all the information they need to know exactly what it will look like out there at Mt. Rushmore so that they can make a decision whether or not they should attend this year.”

The same attitude should prevail regarding the Sturgis Motorcycle Rally. Those who do not feel safe coming to the Sturgis Rally should not come.

“The government’s role is not to run people’s lives, but to give them information by which they can make informed decisions,” said Sturgis Buffalo Chip CEO and President Rod Woodruff. “Beyond that, it’s a personal responsibility.”

The COVID-19 pandemic has significantly changed the lives of everyone, but much has been learned since the virus was first detected. The public now has access to information on how to best protect themselves and how to live with the virus. Social distancing, wearing a mask, sanitation practices and self-quarantining when symptomatic are all steps the public and businesses can take.

Safety is still on people’s minds, but many are starting to realize they can’t hide forever. Department of Health and CDC guidelines are keeping people more informed on how to stay safe while being able to live their lives, and many private businesses are doing their part to help their customers be better protected.

Many area businesses and campgrounds have already put in place new guidelines and safeguards to combat the potential spread of COVID-19. Measures at the Sturgis Buffalo Chip will include increasing sanitation practices, implementing social distancing measures, providing hand sanitizer throughout the campground and encouraging use of masks.

“Our 600 acres allow for people to spread out more than six feet if they want,” said Woodruff. “Folks can choose whether they want to go to shows or just go riding all day.”

This Rally Will be a True Rider’s Rally

One of the major reasons people come to the Sturgis Rally any year is for the Black Hills’ incredible riding roads. Because riding a motorcycle is naturally a social distant activity, the 80th is expected to be a true rider’s rally.

Many normal rally activities will be altered, and most area businesses are expecting a smaller than average crowd, but people are still planning to come. Area campgrounds have reported new reservations being made, and tourism is already picking up in South Dakota.

There has been a large social media movement of riders stating their intention to attend the 80th Sturgis Rally no matter what the City of Sturgis decides. The idea behind this movement is that the Sturgis Rally is a “by bikers for bikers” event. The Sturgis Rally belongs to the people, and no government entity should control where, when or with whom they ride. 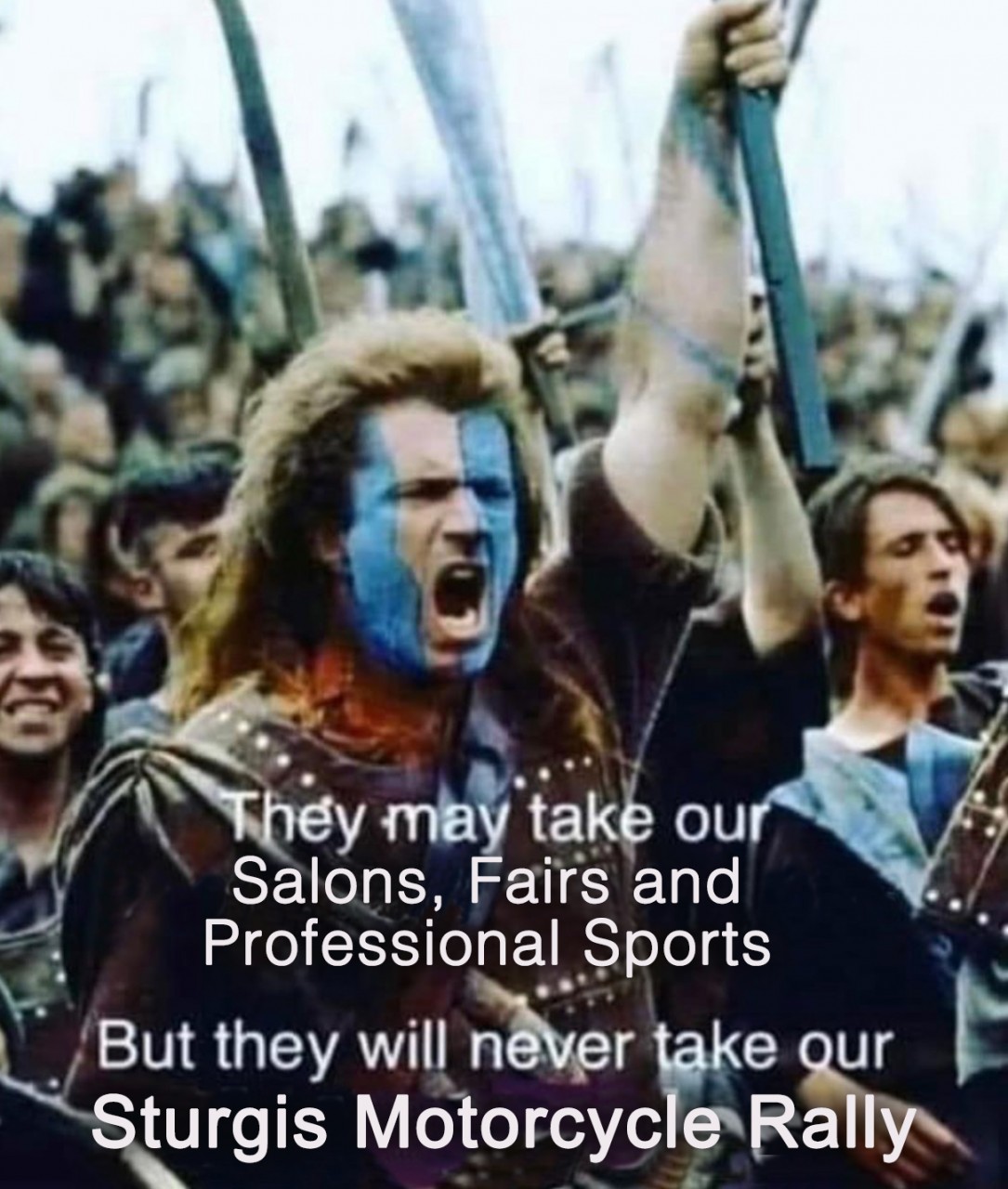 Instead of discouraging visitors from coming this August, Black Hills area hotels and campgrounds are planning to be open for riders planning to come no matter what.

Below is a sampling of many of the businesses that intend to be open to host the Sturgis Rally: 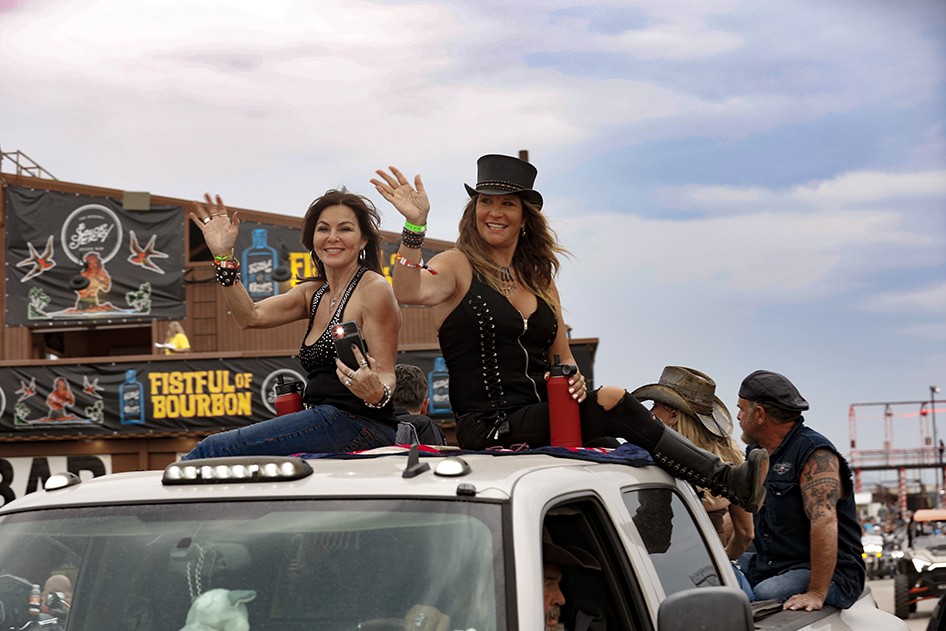 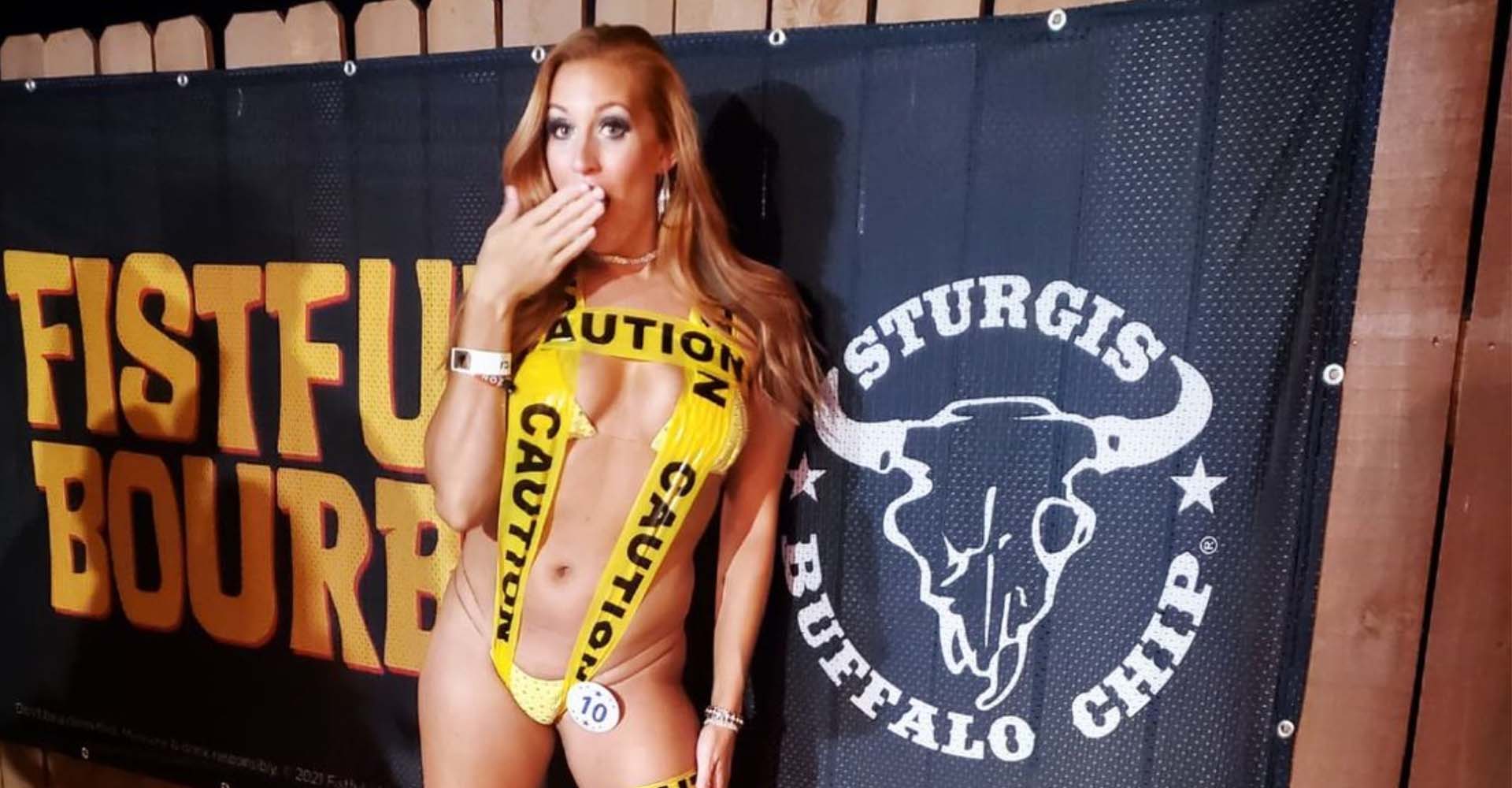