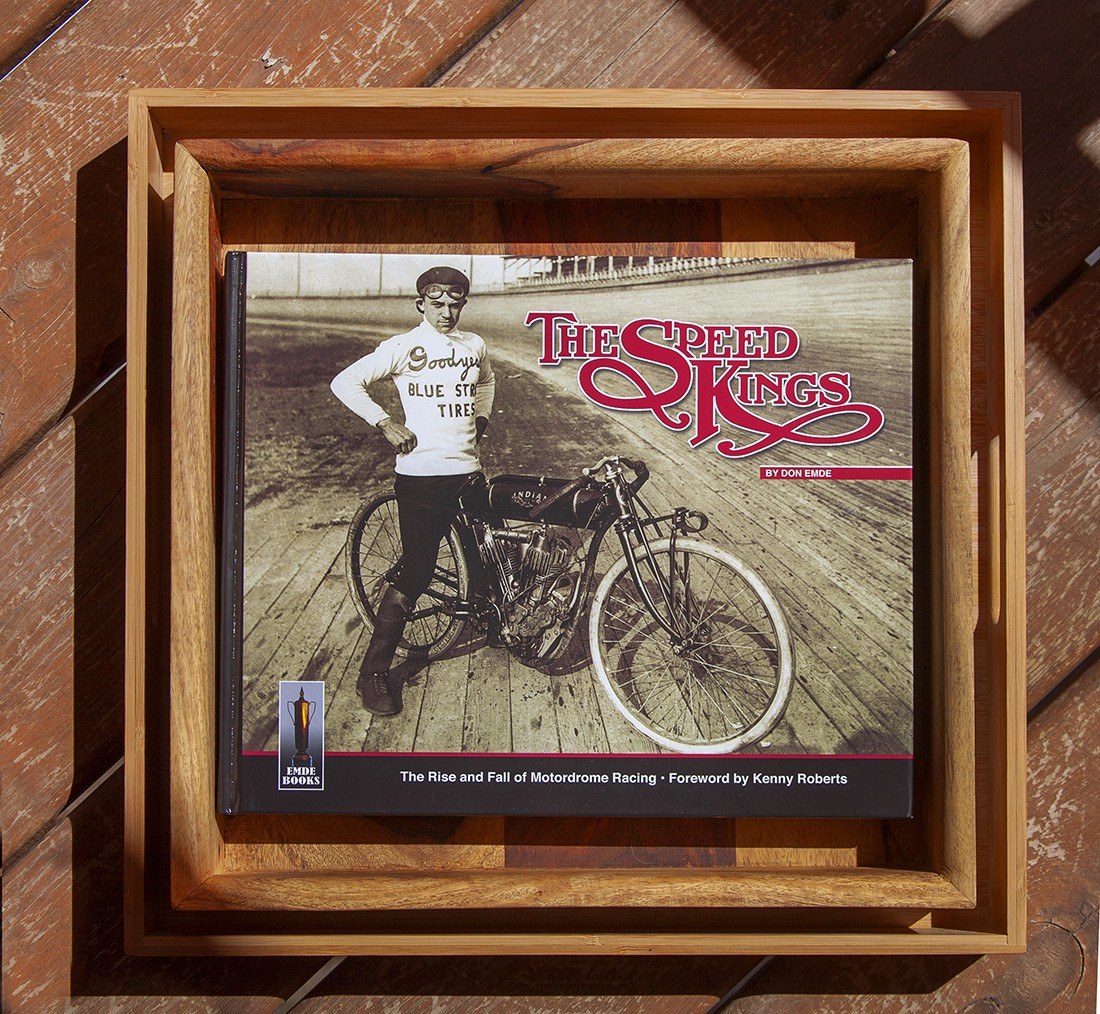 Many say printed media and books in general are on a slippery slope! Don Emde’s Speed Kings is a direct contradiction to that notion. Speed Kings is something you’ll be picking up again and again purely for the entertainment value, no batteries are required. If you’re any of the following there are three main reasons for you to make the acquisition of this book a priority: You’re a devout American motorcycle rider and enthusiast; you like motorcycle racing; and board track racing is one of your favorite sports.

Don appropriately begins his printed/photo narrative in the very early years of American motorcycling. Paved road were the exception to the rule way back then, and horse exhaust was aplenty.

This book is the definitive Motordrome racing expose for all hard core American motorcycle history buffs. More than 372 pages of pure two wheeled Americana. Don Emde’s “The Speed Kings” shows the birth, evolution and eventual demise of this spectacularly exciting and popular sport. Many of the races feature head-tohead competition between arch rivals much to the delight of the audience. Don has gathered more than 600 photos and illustrations and shuffled them into chronological order for your viewing pleasure.

A forward by motorcycle racing star Kenny Roberts will get you started on a time machine journey about America and it’s two wheel “board track” beginnings.

Don’s father Floyd, was a famous Indian racer. He was probably best known as a fierce Indian rider/competitor since he won the big race at Daytona on an Indian in 1948! He raced many additional years on Harley-Davidson two wheelers, notably the 45 cubic inch flathead Harley-Davidson WR. In 1946, he competed on a WR and beat Ed Kretz (Indian) to win the Pacific Coast TT championship at Box Springs! The following year he won the Pacific Coast Flat Track championship at Pomona, California, and also the 10-mile National at Milwaukee.

Emde books is offering The Speed Kings book with a bonus package that includes:The Speed Kings book SIGNED by the author, and three additional historic items one of which is a reproduction of a 1910 motordrome program from Don Emde’s collection.. This package is available for $90 plus $10 postage. 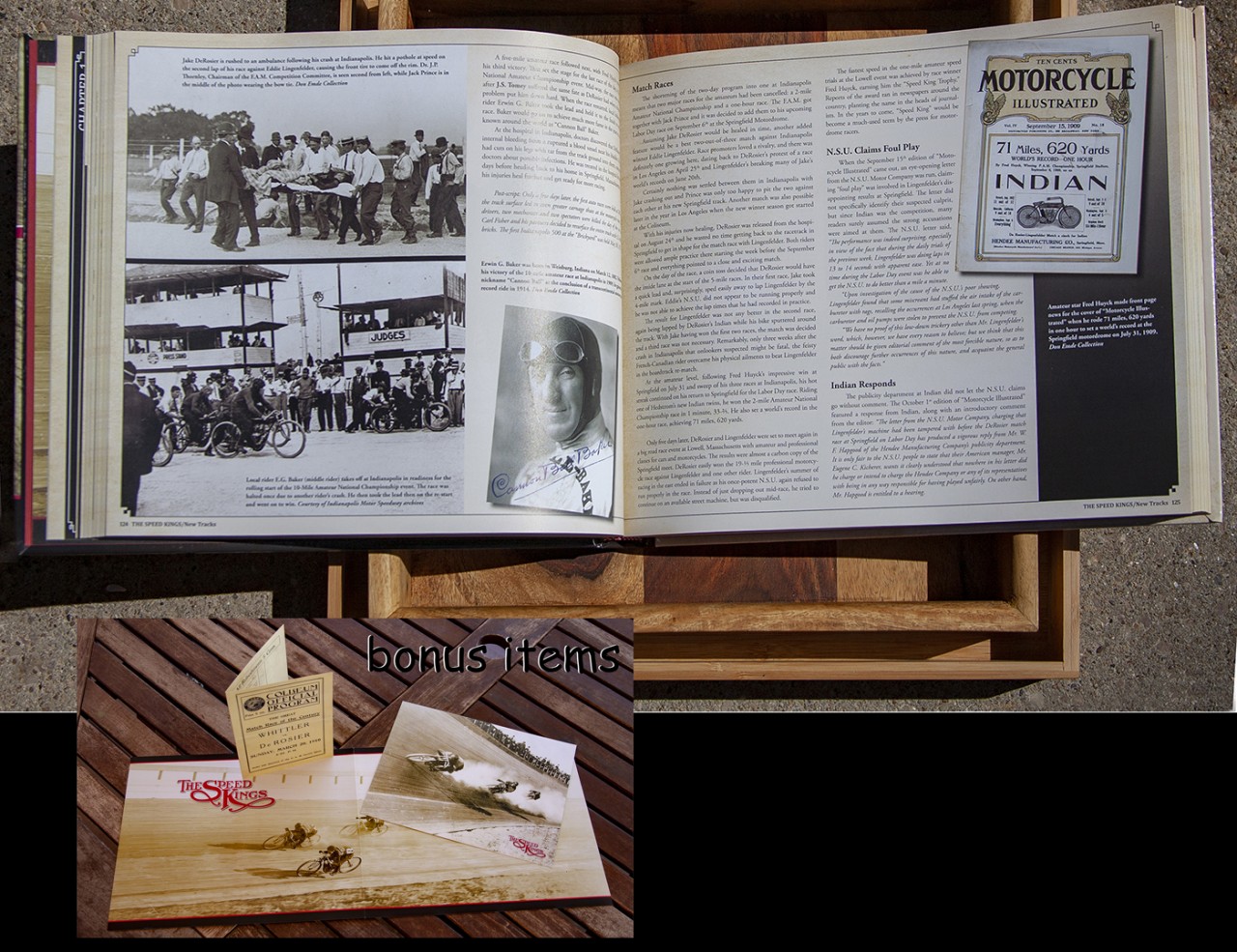