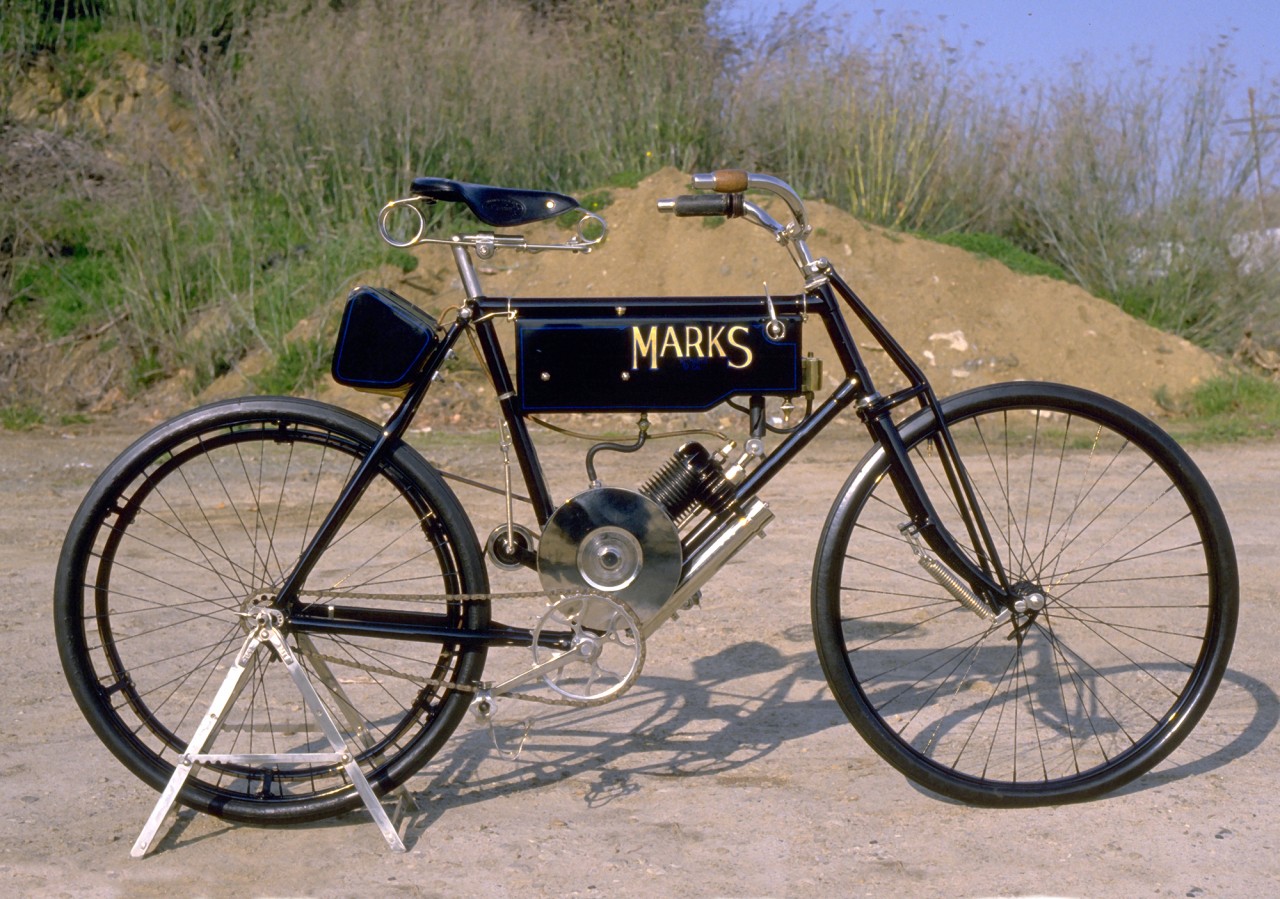 Below is a photo of the earliest American motorcycle (MOTORBIKE) that I ever photographed. It was manufactured in San Francisco in 1896 according to the numbers on the frame. It did not have a carburetor but instead used an “evaporative wick” intake system that was prone to catching fire more often than not! This machine was discovered at Fort Bragg California by the late Stan Dishong of Vallejo California and subsequently restored by him! Throttle control is via a genuine leather cable/thong that wraps around the “throttle grip” on the left side of the handlebars. This motorbike was probably the forerunner o the machine used by George A Wyman when he became the first person to cross the continental USA with a self propelled vehicle.